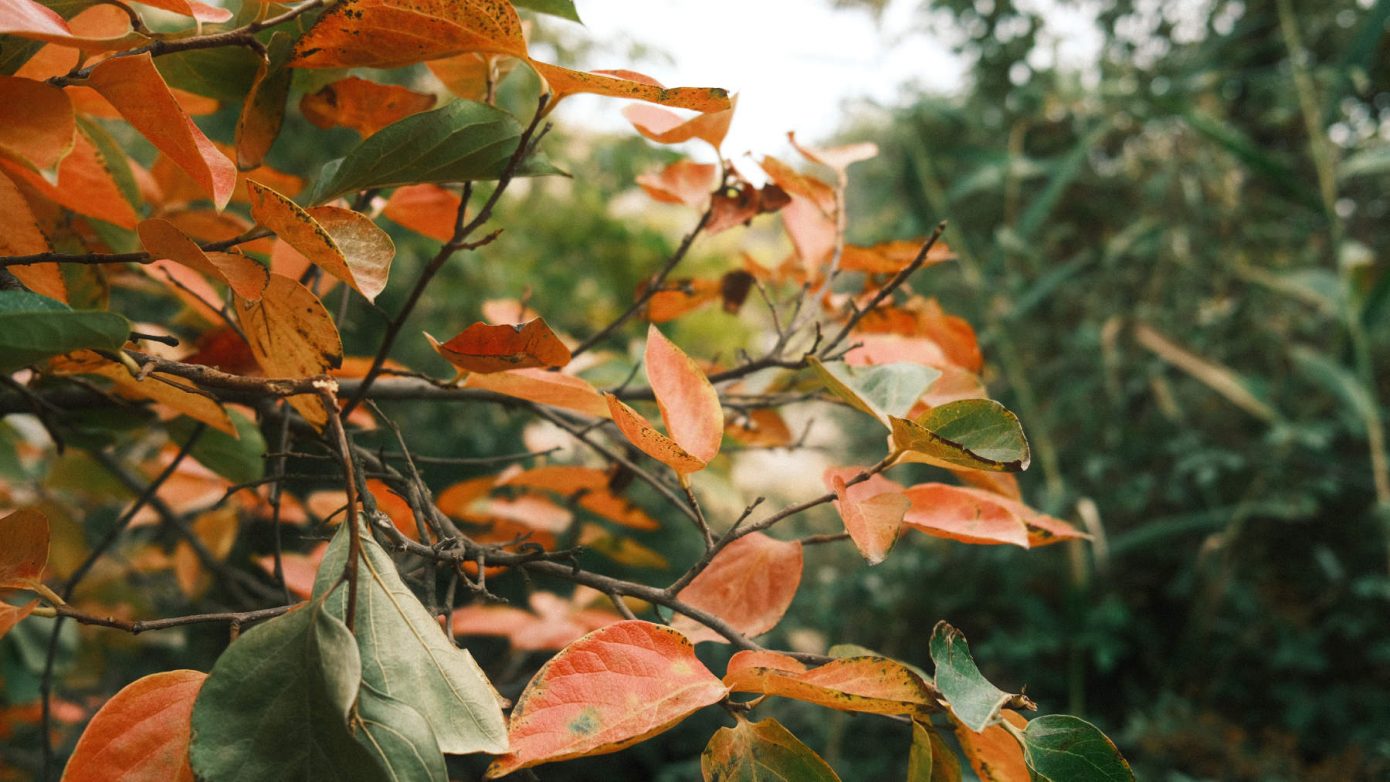 I spend a lot of time in the woods. Last weekend was probably our last Sunday trip to our local woods for a while. Luckily we have lots of woodlands available to us either a short walk or drive away so even with the hunters and winter coming, I will hopefully still get my daily fix of trees.

Yes, hunting season has begun (I think!) There were a couple of bright red signs on the way to our usual spot yesterday and on the way back, there were people in luminous orange vests, cars, dogs and rifles everywhere. It was a scary feeling actually, as the shots we usually hear way off in the distance sounded a little closer.

It’s especially scary knowing that before going off on the hunt, the hunters  gather in the bars for early coffee with shots and a sandwich before heading off, meaning that you have not just people with rifles, but people who’ve imbibed with rifles. I used to work in one of the village bars so have experienced the hunters gathering before the actual hunting begins and served their fortified coffees myself.

However, our very local wood still has goodness to offer and I’ve just come back from a lovely morning out with Mac. It was just the two of us taking photos, having coffee and collecting autumn-inspired objects for beautifying my office and living room and to find inspiration for a writing project. I’m taking part in a two-week writing sanctuary that came with a recent book I bought: ‘The Way of the Fearless Writer’ by Beth Kempton.

The exercise was to go out and collect objects to help inspire our writing. I went out last week thinking that there would be nothing as everything here is just yellow and dry and scorched from the relentless heat of the summer. I did get a few things including a wonderful dried plant, or weed I’m not really sure which, with lovely spiky pods in the most glorious colour.

Today was even better in terms of autumn colour with reds, pinks, oranges, and yellows. Gorgeous berries and the fluffy ends of Spanish Reed down at the local outdoor pool, and of course pine cones of which I have many.

Back home I filled my oil burner with orange and cinnamon essential oils, so here I am in my lovely scented office, with the sound of the wind picking up outside, it does feel like autumn. It’s not that hard really as even though it’s still warm, 28 degrees as I write, there were dark clouds this morning, it’s a bit overcast and I’m wearing socks with stars on them.

As you know, being in nature and especially walking in the woods has been so important in Mac’s recovery and our physical fitness and mental health so we’re looking at how to continue to be out there as much as possible even with the change in the weather and hoping to avoid being shot, obviously.

Things are changing in the kitchen

It’s all change in the kitchen too. I must admit to having been a little bit lazy lately, I think I did get tired of the heat and salads and beans and peaches and chopping and soaking, sprouting, and preparing.

The result has been tomatoes on toast for lunch for the past what feels like 289 meals, too much bread, and many, many beans – mostly from a jar. The key for next year will be how to keep the interest going and the plates inspired as summer draws to an end. I do love tomatoes but there’s really only so many a person can eat.

And lettuce! If I don’t see another one until June it might still be too soon.

But we’ve been keeping up with overnight oats although a chilled bowl straight from the fridge is not as welcome as it was a few weeks ago. I even made ‘proper porridge’ the other day and it felt like a hug.

Oh that reminds me, I have a recipe for golden milk to share with you soon which literally is a hug in a mug – perfect for this time of year.

Toppings have changed to apples, pears and almonds with cinnamon and chia seeds (also known as hundredsandthoudsands!) Nico doesn’t know what actual hundredsandthousands are, don’t say anything!

I’ve also started making soups, including leek, carrot and potato soup, pumpkin soup, and this lovely cabbage soup, honestly, it’s so tasty, super cheap, and nothing like a cabbage soup you may have tried before. Of course, I added beans and also spinach.

And this is the new addition to our cookware I mentioned last time. It is fabulous, almost too nice to use but it can be a barbecue, a fire pit and we have a dutch oven that goes inside too, perfect for winter stews and even bread.

I made a caramelised carrot and pumpkin soup in it which was perfectly smoky and delicious. It means that we can cook a much wider variety of dishes when we’re out and about and we’re not having to buy gas which I’m very pleased about given the current situation.

Our dentists trips have also finally finished, until January at least, we’re all proud owners of lovely smiles, even though Mac pulled out one of his own teeth a couple of days ago. But, that’s another blog post, as could be, and probably will be, the medical process here and our experiences since leaving hospital six months ago. Has it really been six months?!

Just briefly we got a call from the hematologist who said all is well with Mac’s blood (thank goodness) but he has prescribed some folic acid and B12 vitamins, as the levels were a little low. Now, we have practically stopped eating meat and only have it once a week so could it be that I wonder?

Nutrition is such a complex topic and sometimes I still do get overwhelmed and worry that I’m not feeding us properly. My initial anxiety and panic have long gone but I’m conscious of trying to make sure we are eating the right amount of everything and not boring people with the same meals over and over.

Plus Nico has had a bit of a growth spurt in his legs mainly and is impossible to fill up. I did resort to buying a cereal variety pack from the supermarket to keep in just in case. I haven’t bought cereal in months but one day after Nico asked for food at leat 100 times, it got too much and I caved.

Thankfully he realised that cereal is just empty bits of nothingness that don’t fill him up. I’ve gone back to making more snacks, lots of flapjack and granola and these brilliant roasted chickpeas without the salt. I think I’ll make this using dried chickpeas I soak and cook myself though as the ones from a jar are very difficult to dry. Anyway, give this recipe a try.

Hopefully, we will be going out for a hike tomorrow Mac says he always feels better after a strenuous workout, especially the strength in his leg. It has been a while since we did a proper longer walk or hike, these past two weeks have been busy with work and we’ve both been sitting in front of the computer far too much.

It’s interesting how easy it is to slip back into old patterns, even with the best intentions. But we know what’s at stake and while I’m pretty confident on the food side of things, I really want to make sure that we keep up the physical side too.

Until next time when I’ll hopefully be sharing some more outdoor images, take care and stay well.

Golden Milk – A Hug in a Mug

Why is it so hard to be kind to ourselves?

Previous Post
Why is it so hard to be kind to ourselves?
Next Post
Celebrating Halloween and Autumn
Close 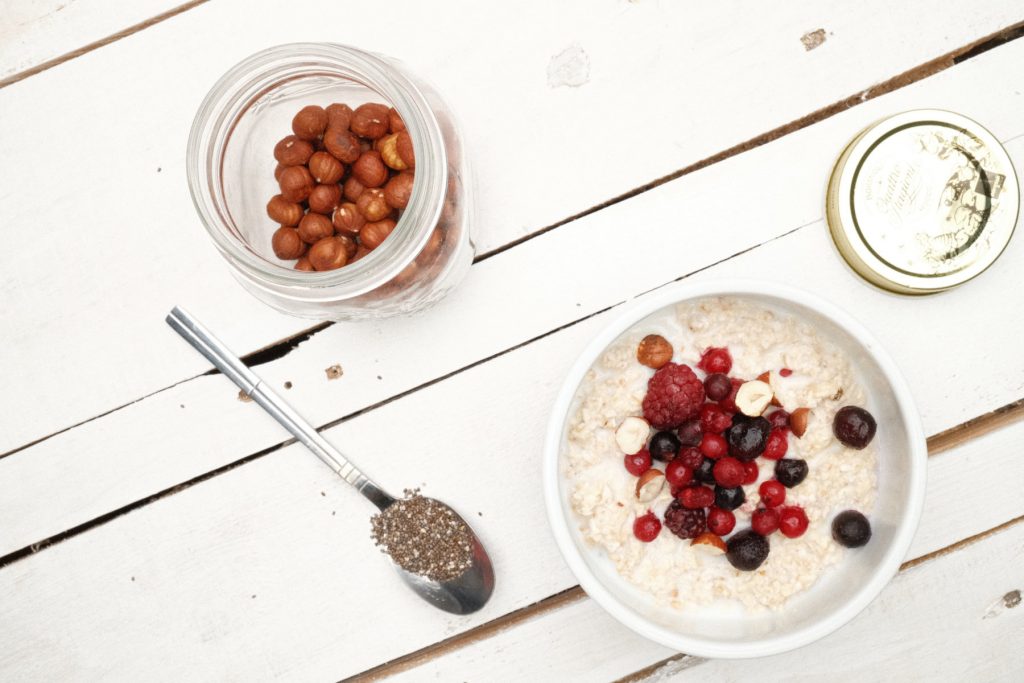